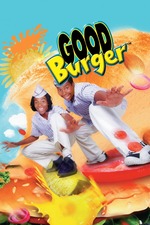 Working 8 hours a day at a wage for $5 per hour, it would take Dexter Reed (Kel Thompson) 47.5 days to repay his debt of $1900, not including taxes. To repay the debt of $2500, Dexter would have to work 62.5 days, roughly a half month less than Mr. Wright (Sinbad)'s estimate (two and a half months), although Mr. Wright may have taken taxes into account (granted, he may not have known Dexter's wages per hour). At the end of the film, Dexter has accumulated half of the debt needed to pay Mr. Wright, or $1250, which would have taken at least 31.25 days to acquire. Therefore, the events of Good Burger take place within the span of slight over one month.