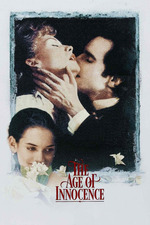 The Age of Innocence

“You gave me my first glimpse of a real life and then you told me to go and carry on with a false one. No one can endure that.”

An anomaly for Martin Scorsese’s oeuvre, The Age of Innocence stands out for more than just being a period drama, but also for being a marvelous adaptation that highlights some of the 90s best actors. I mean, come on! DDL, Michelle Pfeiffer, AND WINONA RYDER (who totally deserved her Oscar nomination for that year)???? You just can’t go wrong! Also, as someone who doesn’t think Martin Scorsese is that good of a writer, this movie definitely shows his chops!

“Somehow I want to get away with you, and find a world where words like that don’t exist?”

“She said we would be safe with you because, once, when she asked you to you gave up the thing that you wanted most.”

Robert Sean Leonard delivers that line so well it just shatters your heart all over again. Aside from some crappy 90s editing, this movie completely encapsulates what it feels like to have a crush on someone. There’s a beauty in Newland Archer’s obsession with Countess Olenska that I haven’t seen replicated in many other movies. Also, I’ll just never forget the shot of Daniel Day-Lewis in the flower shop near the yellow roses. As Marty himself would say... “pure cinema!”