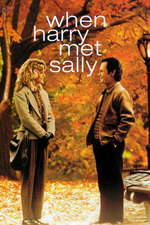 It’s not often you find a film that strikes the perfect balance between feeling tailor made for you and seemingly every other person in the world as well
If this film can be described in any way, it’s that it has an irresistible charm to it that continues to grow on you as the film progresses
The film is made up of what are essentially vignettes that weave together this narrative that spans over a decade, and each one leaves you hoping that it will be the one that seals the two friends as lovers
Nora Ephron’s script is razor sharp and full of endearing charm, incredible humor, and painfully realistic emotion
Billy Crystal is just so brilliant when it comes to his delivery, and it’s legitimately impossible to not adore Meg Ryan
Rob Reiner works some incredible magic as director, and he really is unstoppable when it comes to making hits
When Harry Met Sally just hit incredibly close to home, and it leaves you with a necessity to be in the world for a bit longer, but luckily, as I walked through the streets of Manhattan contemplating the film, I realized the film works so well because it doesn’t reside just in the world of cinema, but the story itself lives on regularly through pretty much every person in this massive city
I’m a sucker for films in NY, and I love rom-coms done right. So because this was firing on all cylinders, this instantly became one of my favorites, and with one more watch, it can solidify its place as one of my favorite films of all time

Side note: Katz’s Deli catered this screening and I can never get enough of their sandwiches. If ya know, ya know.