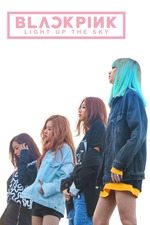 August 2016 marks the month when YG birthed the baddest bitches alive, Blackpink. Light Up the Sky is a documentary film tackling the formation and rise of the South Korean girl group under YG Entertainment, Blackpink. The film showed the daily lives of the members, Jennie, Lisa, Jisoo, and Rosé, introducing us to their individual lives, from pre-debut until now, showcasing both the fun and dark sides of the K-pop industry. It has been generally known how competitive the entertainment industry is in South Korea, to the point that not everyone who trained for years have a guaranteed debut from their entertainment company. The documentary managed to humanize the members, as they were often seen as this perfect caricature of a K-pop idol to the world; that they get tired and hungry and feel insecure too like the rest of us.

The film also displayed the hurdles each individual member faced before becoming one of the most successful and recognizable K-pop group on the planet. With that being said, there are three things I want after watching this documentary: the song ‘Ready for Love’ that they teased from the beginning, Rosé’s solo album, and Teddy Park’s files containing unreleased Blackpink songs. I have been a Blink since 2018 and I couldn’t be more proud seeing how successful they currently are. Blackpink really is the revolution and I can’t wait to hear and see more from them.

Also, while we’re at it, here’s my ranking of Blackpink’s recently release debut album, ‘THE ALBUM,’ from best to okay.
01 Bet You Wanna
02 Pretty Savage
03 Lovesick Girls
04 Crazy Over You
05 Love to Hate Me
06 How You Like That
07 You Never Know
08 Ice Cream