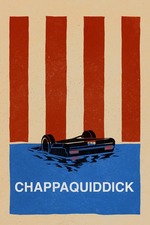 Better than I expected it to be; I worried that the fact that it was screened early for conservative media outlets meant it would be some kind of screed, and it most definitely is not.

In fact, if anything, it's too restrained. I'm not saying the filmmakers should've gone full "JFK" - and there's certainly no indication from director John Curran's filmography that he could have pulled off something similar to what for me is Oliver Stone's masterpiece - but a little more sizzle would've made for a more compelling film.

That said, the movie is anchored by a fine performance from Jason Clarke; I appreciated his understated portrayal of Teddy, which stayed away from any hint of caricature. And Ed Helms, in rare "serious mode," was surprisingly good.

Also I'll watch pretty much any movie with Clancy Brown in it, though he's underused as Robert McNamara.

I haven't said anything about Kate Mara's Mary Jo Kopechne, mainly because she isn't given much to do. In the film, as in reality, a woman's death only matters to the extent that it has an effect on a male Kennedy.