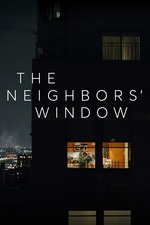 Man, that was underwhelming, but perfectly suited for the Oscars. Basically a copy of Hitchcock's Rear Window but a mediocre one at that. Boring with nothing new to say. Except for some few nice shots, this looks okay. The dialogue feels forced and unnatural, with themes obvious and rather uninteresting. Apart from the neighbor woman's acting, the performances were fine. And holy crap this felt so long for some reason. Even if Rear Window didn't exist, this'd be a 3.5 at best in my opinion. Good song, though.

When I log a short film like this, you already know my school schedule's tight but I'll try to see more features and write reviews this final term. Just wanted to log something for today in case I get busier later. That's all, thanks for dropping by and thanks for reading. Take care, everyone!