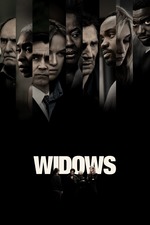 While Widows has the typical framework of the time-tested “heist film,” it has much more of an expansive and all-encompassing crime tale. I felt a ton of The Wire’s DNA in the way it weaves together crime and politics while also making the city itself a living, breathing character. What The Wire was for Baltimore, this definitely feels like for Chicago.

Unsurprisingly the direction is astounding from McQueen, with shots that are as ingenious as they are technically wizardrous. The material is a little more pulpy and twisty than anything we’ve seen before from McQueen thanks to a script by Gone Girl’s Gillian Flynn, but I would take McQueen directing this over just about anyone. He simply elevates this to a highly refined commercial movie that felt as beautiful as it was entertaining.

Hard to single out many standout performances in this ⭐️ ALL STAR ⭐️ cast cause I really think just about everyone here is at their career best. However Viola Davis is the beating angry heart of this movie and really deserves even more star vehicles if she gets to flex her dramatic muscles like this in them. And yeah, officially crushing on Elizabeth Debicki HARD now.

Feels like a lot of people (including myself) might have let this one slip by when it was briefly in theaters but consider this my atonement since I waited to see it on a big screen like it deserves to be seen.

I won’t make that same mistake again when the next McQueen hits theaters.