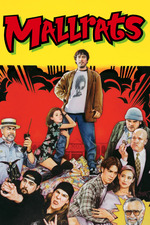 Sometimes the clunky Kevin Smith dialogue works, but a lot of the time it’s just distracting. Everyone speaks in that verbose style, and while it worked for, say, Randall in Clerks—the self-aware deadbeat—it works less often here, being the same movie reimagined.

I haven’t seen the OG edition, so I don’t know how it compares to the extended. I’m sure the cuts that maintain the same camera angle are an extended only quirk. Same with some of the continuity, as it feels a little unpolished.

I do appreciate Smith’s style. I can see why he wasn’t destined to be Jon Favreau, for example, but I do think he is nonetheless an important figure of cinema history.