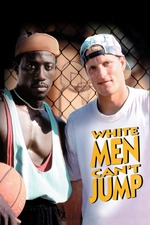 I don't think this plot made any sense. A lot of the scenes didn't make any sense. Everyone seemed toxic for each other. It's not a movie you should take very seriously, but I found it difficult to be along for all of the film's antics, like when Gloria wakes up Billy to "test" him, or when Billy serenades Gloria to win her back, or when Gloria seems to believe that being a Jeopardy! contestant is a surefire thing.

Look, it's fun. There's some great ball scenes here. As one cohesive work, I don't think it's good. But it's got whim and charm in the right places, even if most of the time it doesn't know what it's doing.

Those mobsters are useless. I don't know what Billy was so scared of. The cut to Billy's mock execution was one of the most absurd moments of any film I've seen this year lmao.