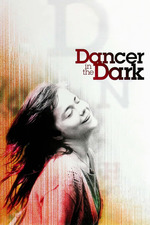 I didn't think it was possible to love and hate a film in equal measure as much as I do this film. Lars Von Trier is a filmmaker I'm not too familiar with, having only seen "Antichrist" which I liked a lot. However, this film had me perplexed throughout most of the runtime. Firstly, and I'm not some "film school expert" but I really, really hated the camerawork in this film, it looked worse than a poorly made TV movie from the early 90's. The musical segments really didn't help with this aspect as-well, there were about ten thousand cuts per song; and it did my head in. I get that this film didn't have the biggest of budgets, but it looked ugly, the grey gloopy cinematography kept pushing me away from allowing myself to embrace the film. The film certainly gets greyer as Selma's eyes worsens which tonally suits the movie, but in turn it made the runtime of 2 hours 20 minutes feel almost torturous.

Another aspect I disliked was the writing and character motivations/choices made throughout. Usually I'm not bothered when characters make bad choices, but this film takes the cake. Every character is beyond stupid especially the main character Selma (bjork). I mean why would you tell a guy who's broke that you have a secret stash of money, I mean urgh.... I couldn't stop rolling my eyes. When choices are made solely in service of furthering the plot, I find that to be really lazy writing, and that bugs the shit out of me.

On the positive side all the actors give terrific performances most notably Bjork and Catherine Deneuve. The characters (despite their ridiculous decisions) come across as genuine, sympathetic people. I was invested in their stories, and how they would unfold.

What I enjoyed most about this film was Von Trier's unique vision for the story, he takes it to some uncomfortable places and never once flinches from following through on his goal. He takes the musical genre and completely turns it on its head. I can honestly say that I haven't seen a film quite like this one before, which was refreshing. The second half of the film is a lot stronger than the first, and just like my feelings they feel like two separate entities.

This is a pretty raw reaction to the film, and I probably need to give it some time to settle but I doubt my opinion will change. I'm in equal parts amazed and frustrated by the film, but it's one I'd highly recommend everyone to checkout; if they haven't already.