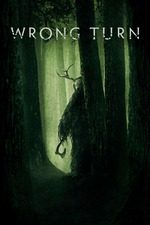 Good god that was SHIT!! Sorry not sorry I know a lot of horror fans are gonna love this for creating something new and different and all the rest of it, but this little duck right here? I hated it. It started out pretty decent, as you’d expect a movie in this franchise to be, but once it hit the middle point and the whole thing came together I was just thinking how lame. Nah uh. Overwritten, trying so hard to be profound yet also failing and not even realising it, the dialogue is laughable, the biggest problem I have with it is that the script is so overworked, do they not know that less is more? It’s diverse just for the sake of it, no actual care or time has gone into any of these characters, the gay character is basically forgotten about entirely when the shit hits the fan in the middle. I get it, this is the 7th movie in this franchise and you gotta do something to keep it fresh, but to me, this ain’t it. The thing that made the original so effective and cool was that it didn’t try to be this big profound thing, it was a straight up horror flick for fans of the genre, a lean 84 minutes of pure popcorn entertainment. This is a big, bloated mess.

I don’t usually like to go on and on and on about the negatives of a movie but bugger it I’m saying it, I paid my $20 to see it. Why the hell was it so long? There were so many false endings, by the end I was just thinking bloody hell will you just end please?

On the positive side, the ending scene over the credits was very cool, and the acting by the lead actress was strong throughout. Overall though, I didn’t like this at all. The worst film of the original 6 films is miles ahead of this.