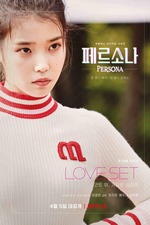 episode three is titled “Kiss Burn” is like a short coming of age film. I would really love to see a full length coming-of-age movie for the same plot and characters starring the same people.

Episode four is titled “Walking at Night”, it gave me a before trilogy meets roma vibe. I couldn’t help but notice that the episode has a nihilistic undertone to it. It’s good as an episode/short film but i still wouldn’t mind to watch a full length movie for the same plot