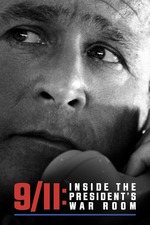 Revisiting the September 11th attacks always feels a little uneasy for me. While at the time of the attacks I was only 6 years old so the attachment isn’t there, seeing the images and hearing the different heartbreaking stories make me incredibly upset. The entire thing is just a little to painful to think about. Nearly 3,000 people lost their lives. It sort of blows my mind that we are fast approaching the 20th anniversary of that fateful day.

I think the market has been oversaturated with documentaries/movies/books of 9/11. It feels like at this point we canvassed virtually every angle and every second of that day. Anytime something new about 9/11 comes out I’d prefer it if they bring something new to table that hasn’t been addressed before. I think this documentary succeeds on all of these fronts. This film tells the events of 9/11 mostly from the perspective of our then 43rd President George W. Bush.  Now regardless of how you may feel about Bush as a politician or on a personal level, the angle taken here is one that I haven’t come across in any medium yet. It’s a fascinating look out how the day unfolded from Bush’s perspective and what his team around him were doing during those hours of chaos.

I can’t imagine what it must’ve felt like to be President of the United States on a day like that. This documentary I think adequately showcases the emotions of the country as well as what was going on in the head of the President in the worst moment in American history. I find these 90 minutes to be really compelling with an abundance of information I’ve not seen anywhere. If this doesn’t trigger any lingering emotions from that day I’d say give this movie a shot. It’s not an easy watch by any means, but it’s one that’s  interesting.