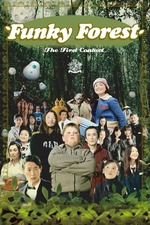 When sports came to an abrupt end last March, I set out to catch up on movies I had let me pass me by. Little did I know that objective would lead to watching more than 100 films and take and entire year.

I thought that list had ended in November--ironically following the end of the 2020 MLB season. Then again, my watchlist was never officially "over." I still had 2020 releases to catch up on, and I ended up watching 45. Assuming Rifkin's Festival doesn't become available to watch, that tally will end at 46 when I see The Father (hopefully) this weekend.

Other than that, that will be it for me for watching movies for some time. The 2021 spring movie release schedule looks pretty shallow, and I'll soon be caught up by March Madness and then the 2021 MLB season. I have a couple shows I wanna get back into. I want to finally finish Seinfeld (I've been watching it on and off since junior year of college), and I'll get into re-watching season three of Dawson's Creek. There's some music I want to visit and revisit as well, specifically shoegaze, which I realized I've missed out on the whole winter (it's best in winter).

But the point here is simply taking a break from this Greek tragedy that has been me rolling the boulder up the metaphorical hill that is my letterboxd watchlist. Not only is the completion of this watchlist a way for me to complete other tasks. It's also a step in the right direction for me to live my day without a determinate agenda, that I can adapt to my surroundings and be receptive to any curveball that comes my way.

Can't Get You Out of My Head