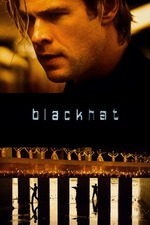 Still outstanding. It feels like the natural conclusion to Michael Mann's digital era.

Blackhat mixes the lyrical expressionism of his later work with the thematic elements that he has been playing with throughout his entire career. All of it converges around this cybercrime thriller about the terrifying and disorientating ubiquity of technology. The system which so many of Mann's characters have fought against is now so large and abstract in the landscape of global capitalism that success is almost impossible. Small victories can only be gained when you strip everything away, something the narrative echoes expertly. The action goes from a nuclear meltdown caused by a keyboard to ferocious shootouts to a climax which is literally a screwdriver fight. Virtual gradually shifts to physical.

It manages to strike the impressive balance of being intensely visceral and deeply romantic; loaded with stunning imagery, incredible action sequences, tangible cityscapes and strong casting. Mann's characters have never felt so vulnerable and their relationships have never seemed so crucial. You can see it in the genuinely touching romance that forms between Hathaway and Chen Lien, everything from the small intimate gestures to the way they desperately cling to each other during the darkest moments. The ending is vintage Mann as the hero has won his personal battle at a cost, and yet it is possibly his most hopeful. It suggests that if you can find a way out of the maze and do so with someone you love then there may be hope for you after all.