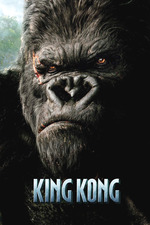 On one hand, it is quite refreshing to look back on a big-budget film that is so clearly someone's idiosyncratic vision and full of passionate filmmaking, espeically in the current climate of blockbusters made by committee. On the other hand, I'm still bewildered that this feels like the longest film ever made when it's barely 3 hours long. I honestly feel like I had a birthday while watching this thing. It's obvious that Peter Jackson was given carte blanche on the project after the enormous success of The Return of the King (I'm pretty sure he could have made a 3 hour live-action version of The Flintstones without much pushback) but this is a situation where I really wish somebody was present to rein him in. There are elements of greatness throughout here, but they are frequently hindered by self-indulgence.

This is Jackson at an awkward junction in his career. The incredible creativity and craftsmanship of The Lord of the Rings trilogy is still present, but the unruly excess that would plague The Hobbit trilogy is becoming increasingly apparent. When it leans into the adventure aspects that defined the 1933 classic it is very effective at building a sense of mystery and anticipation around venturing into the unknown. Jackson's own horror origins are put to great use in creating an eerie atmosphere at times and that insect pit scene is the stuff nightmares are made of. However, treating this material as if it were a grandiose epic does it no favours. Ardently jumping from extravagant to heartfelt to goofy to gruesome just undercuts momentum. There's also too much time spent on minor characters who add nothing to the narrative and big action set pieces that feel empty (that dinosaur stampede with the ropey special effects is particularly bad).

As for Kong himself, I'm still impressed by how much personality he manages to emanate. Relying more on visual storytelling and quiet moments when he becomes the focus is a shrewd decision. The effects work still looks fantastic and Andy Serkis provides an emotive motion capture performance. I'm still not sure on the relationship with Ann because it's framed in a way that seems less platonic and more romantic, which makes things simultaneously unpleasant and hilarious. I mean, she has better chemistry with Kong than with Driscoll so why not. Naomi Watts is terrific given the physicality of her role and delivers the big emotions convincingly. Jack Black is also surprisingly good and brings a much needed manic energy to proceedings. I think James Newton Howard deserves a mention too, his powerful score successfully crafts a sense of wonder and awe.

Despite my somewhat mixed thoughts on it, I seem to be drawn back to this film every so many years as if I'm missing something and it's actually a truly great flick. I'm starting to think that it's the cinematic version of fish & chips, enjoyable but always better in your mind than in actuality.

P.S. I did love the tie-in game which was miles better than it had any right to be. Nothing beats hearing Adrien Brody constantly saying that he has 12 million magazines on back up.