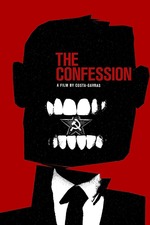 Field
We feel that further study of the relation film/politics is indispensable,' not only because this relation provokes such an infinite variety of resistances,' but also because it seems to us a crucial if not prior obligation to drive into the open those confusions which so often muddle the criticism of the political determinations, roles and discourses of films. Let us therefore offer a first proposition: it is precisely here, in the relation film/politics, that we can distinguish not only the place of films in the dominant relations of production and in the ideology which dominates in their name, but also the place of the films' spectators (among them, and most particularly, the 'critics'). Since, owing to its lack of density, L'Aveu never functions as a text resistant to ideological readings, but on the contrary as a programme designed in advance to promote these readings, being itself programmed and formulated by the ideological themes and modes which support them, the film carries implications for everything — questions and answers — which is problematical in the film/politics field. Let us thus advance a second proposition, corollary to the first: given the present state of theoretical reflection on the problematic of film/politics — that is, the present state of the possibilities of effecting a truly political reading of films which develop a political practice and/or discourse (and taking into account, among other things, the real state of the forces present in the specific field of cinema and in the fields which encompass it, as well as the degree of progress in the political struggle) — it is not possible, in the name of theoretical purity or rigour, simply to dismiss as totally worthless the mass of films for which L'Aveu and Z might (and do) serve as models. These films are certainly not the site of any cinematographic work, any signifying practice capable of subverting the aesthetic-cultural norms of the dominant ideology; but for that very reason they stand at the centre of the ideological stage and participate massively in the general ideological confusion, playing the part of a great many spectators and virtually all the critics of authentically political films. To clear the film/politics field of these exercises in confusion and camouflage, which screen out even the possibility of questioning its problematic in political terms — i.e. ultimately of constituting it as a genuine problematic at all — we must not behave 'as if' these films did not exist; quite the contrary, we must begin by taking account of them. To consider seriously L'Aveu (for example) is to consider not only as not negligible but as symptomatic the reactions, readings and criticism 3 to which it has given rise. For our third proposition is as follows: the less the reading of a film can be attributed to its ecriture, and connected to its signifying system in a relation of production, the more the reading 'passes through' the film, thereby demonstrating its lack of density, and the more the film's 'reality', its maximum weight of condensation, lies in the weight and reality of its readings, so that what we need to read is no longer the 'film' but rather that which constitutes it: its readings.

Proposition
A film which has not examined its place in the relations of production, the economic-cultural status of the conditions and means of its specific practice — a film, that is, which has not thought through its writing and its reading, at the same time as its production and its diffusion, in a relation of contradiction with the economic-cultural norms of the dominant social system and its ideology — can do nothing other than reproduce both the economic norms and the cultural norms of production, and thus, in the moment of its fabrication, can only reduplicate the modes of formulation/inculcation of the dominant ideology. So much so that even if at the level of its declared 'political message' the film believes it is not restating the themes of this ideology, it reintroduces them in masked form, the form of their greatest violence, by reintroducing the ideology's modes of formulation and inculcation. The 'political' readings which have been made of L'Aveu — as divergent as they were — have in common an incapacity (which suggests a certain political weakness on their part) to perceive that in the film there were at issue neither 'truths' ('which must triumph', 'which must be told', etc.), nor 'lies', nor 'facts', nor 'analyses', in short no political discourse at all. Rather, in proportion to the weight of ideological determinations on the form and forms of the film, there is nothing more than an ideological disordering (still another) of political and historical givens and experiences. More than that, by opening a debate under these conditions on the 'political message' of the film and on that alone, these 'political' readings entered into the film's ideological game, responded to its programme, by themselves functioning as a confirmation and reproduction of their own arguments. At this ideological level, the film can in fact serve them all, gathering them all in as would a mirror: that which sees is seen and sees itself. Thus these political readings obeyed in their field and in their own way the rule of recognition/miscognition which governs the film in the name of the dominant ideology. As we have said, the lack at the level of 'film' is a lack at the level of 'politics', but what rushes into the breach (and what conditions it) is the dominant ideology. This last, as we know, not being an abstraction but being truly dominant over film criticism (for example), it is not unimportant, though painful, to note that in the present case it manifests itself not only where one would expect to find it (the ORTF and the bourgeois press) but also, and not without entailing some contradiction, in the communist and leftist press. We can see, then, that what has for some time now cluttered and confused the theoretical debate on (and the practice of) political cinema is the unwarranted but undeniable presence in the field of films like Z and L'Aveu, which continue to pass in almost all quarters for points of reference in this field. There is a certain amount of political and theoretical work to be done before another conception of political cinema (one which would exclude these films, among others) can dawn on those very people — progressives, political militants, spectators, critics or film-makers (among them the authors of L'Aveu, Costa-Gavras and Jorge Semprun) — who call for a political cinema. The urgency of this work appears all the greater because (like all theoretical practice) it conditions the possibility of re-thinking, in France today, the conditions of existence and the conception of a practice of political cinema extricated (as far as possible) from the economic and cultural models which reproduce the dominant ideology. And that will be my last proposition.

Notes 1 Refer to and reread the text by Pascal Bonitzer ('Film/politics: Camarades/Ice', Cahiers 222), which situates a great number of the propositions considered here.