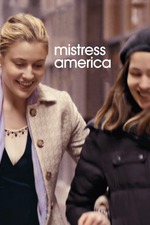 "I'm so embarrassed, I'm not a real person yet"
-Frances, "Frances Ha"

Suspended adolescence through economic restriction paints the Gerwig/Baumbach New York pictures as strong portraits of their time, but the curious thing about these two movies is a strand of optimism always punctures the melancholy of the situations involving these characters. When Frances Ha initially came out it was met with near unanimous twitter revelations that almost everyone my age (24) related to Frances in one way or another. "I'm not a real person yet", became less of a characteristic of Frances and more of a definition of a generation. She can't take money out of her ATM because the charge is too much and she wanders from house to house living with various friends to avoid the streets. There are no jobs outside of food service, but she still has dreams, and while the world is trampling them she perseveres. It's a fitting note for a doomed generation of day dreamers with no dreams left to chase.

I don't get paid to write reviews on letterboxd, and I don't get paid to write reviews almost anywhere else. I'm a film critic, but I've currently only turned this into a little more than one hundred dollars worth of currency, but this is what I'm fighting for. Grantland is closed. The Dissolve dissolved, and every promising site is forced to pay their writers in exposure that never evolves into something of monetary value so we work those jobs at fast food joints and dream of Todd Haynes movies. That's what being a cinephile with career aspirations is in 2015.

Mistress America finds another set of day dreamers working towards goals of self sufficiency handicapped by economic ceilings. These characters are firmly of the upper middle class, but even then they can't seem to crack through the walls that stand in front of them either. Brooke wants to open a restaurant, but in truth she's a renaissance woman whose creativity is overflowing to the point that it isn't focused enough to capitalize on any of her ideas in a concrete way. People are drawn to her for this reason, her soon to be sister in law Tracy falls in love with her, and she is a struggling author. She finds a muse in Brooke and a way to invigorate her writing through this impossibly lively person.

But Brooke is doomed. Tracy notes that after her restaurant deal begins to fall apart Brooke's life begins to seep out of her and she more closely resembles a corpse whose dragging around a body that's slowly falling apart. Brooke's desperate for money to keep this one dream alive, because investors aren't going to give it to her and her fragile dreams begin to slip away. She hits up her old boyfriend and his now wife in a long drawn out comedy setpiece that sees the films finest comedic moments put on display along with it's supple tragedy of the millennial class. Brooke ends up convincing her ex to give her the money, but only if she'll shut down the restaurant and start fresh. A clean slate.

Baumbach and Gerwig do something incredibly nimble with Mistress America. They balance the fighting spirit of today's youth with the cynicism of reality. Noting that Baumbach is a miserable cuss based on his films pre-Gerwig I have to think those are his touches, but Gerwig's ability to trudge through difficulty and keep moving forward elevates his movies. They're perfect for one another because Baumbach gives Gerwig's characters enough melancholy that it develops them into fully realized human beings and not sentimental cliches. There's a bite to Mistress America's ending and an uncertainty in what is in store for Brooke, Tracy and everyone like myself. That spills out into reality and makes this movie subtly sad, but like Frances Ha it ends on a present moment of happiness and in the day to day lives of those without much of a future that's what's most important.