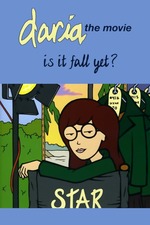 Daria is quickly becoming one of my favorite series.

Trent is the best character. Kills me everytime he's onscreen.

Tom is overhated and was necessary to develop Daria.

Jane's plotline is...? Like, on the one hand, it moves her character forward, but on the other, did it have to be like that? Did it have to feed into a biphobic stereotype and handle its potentially harmful subtext on sexuality so ambiguously?

Related side note: the fandom's constant "of course Daria and Jane are lesbians" discourse makes me feel weird. Like all "of course they're gay" conversations, such as the recent reveal that SpongeBob "has always been gay", it just comes off as regressive and/or reductive to me and feeds into toxic gender norms.

But to get back on topic, I enjoy Daria's commitment to exploring the boundaries of ironic detachment and its constant embrace of sincerity, along with its complex explorations of real world problems. I always thought it would be pure cynicism ala most other bullshit 90s media, but I'm happy to say I was wrong.

Cecil B. Selwyn liked this review

Cecil B. Selwyn is using Letterboxd to share film reviews and lists with friends. Join here.

The Witches of Eastwick