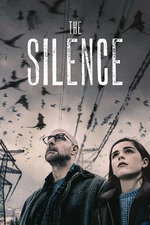 This is a perfect example of a boring bad film. I knew going in that this was going to be terrible , but I hoped it was going to be a hilarious experience just as Wish Upon knowing it was from the same director. But unfortunately, it was just boring.

The acting was almost unwatchable. Cinematography was flat and grey, I have no idea what they were going for, it looked so bland. And then the creatures…oh my. It felt like monsters from a PS2 game merged with this movie. The CGI looked so out of place and out dated.

Needles to say this movie was the worst. Just very boring and not (unintentionally ) funny at all. Still hoping for Whish Upon 2.