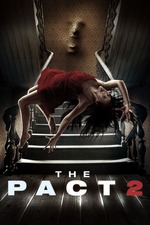 I actually was super excited to see the sequel to The Pact. After finally watching it, I was in awe because of the film. It was just spectacular. So when I heard there was a sequel, I just automatically went and bought it. I should have rented it. Granted, it did continue the story of the first film, but didn't have the same feel to it at all. The first one was eerie and had a really creepy feel to it. This just felt like I was watching a drama unfold and nothing scary actually happened. I had such high hopes that the sequel was going to be just as good as the original. In this case, don't bother watching the sequel, since you will be completely disappointed in it.