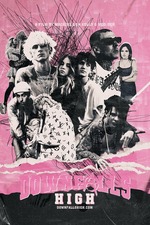 I can't properly describe to you how much I loathe MGK. The kid is a fucking weirdo and the perfect embodiment of white privilege in the music industry. When Lil Wayne tried to do this in the late 2000's and early 2010's, he was bullied into stopping and the music he was putting out was no worse than the shit in this. But because MGK is a white rapper, and you don't need to have talent to be a white rapper in the modern era because you're already the same race as the most plentiful consumers of hip hop, he was able to just smoothly transition into another genre people like, which is shitty early 2000's pop-punk. And this isn't just a one off either, it's a pattern that a lot of white rappers adhere to, with some recent examples being G-Eazy putting out whatever the fuck he put out last year, Yelawolf becoming a fucking country artist and Post Malone, who i do like, becoming a bona-fide pop star. They cement themselves in the music industry by being white and rapping, and then switch their genre to something completely different, which some could argue is artistic progression, but I would argue is being a culture vulture with no dignity or interest in the art form that you explored and profited off of. So MGK can fuck right off to where he came from and be adored by his millennial fan base reminiscing on their emo days.

Oh yeah, the film is shit too. Never put Lil Huddy in a film again.