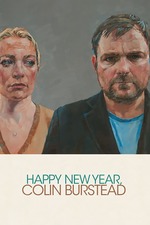 -The absolute perfectly balanced subtlety in direction and performance

-CHARLES DANCE - I thought he was coming out, BLEW MY FUCKING SOCKS OFF

-The greatest pre-credit scene I have ever seen, the “you’ve been watching” is beautiful

-Neil Maskell’s hyper masculinity, that slaughterhouse outing of David in front of EVERYONE

-The Shakespearean set-up, the film could be told across any age in time and still be perfect, timeless

-David’s ‘improvised’ song at the end

-How Davis fucking gets away with it and fucking Colin suffers

-THE LORD screaming “fuck you” at the fuse box

-Sham’s confession to his family

And finally, the maturity of Wheatley. He has become iconic in British film. He takes the best of Mike Leigh and puts his own zest on top. Having seen Wheatley’s entire catalogue of film, I was constantly reminded that this could go VERY VERY wrong, but he refrained from doing so. This lead to a feature that just felt so perfectly constructed and deeply poetic by the end. An absolute belter, and yet it’s still a hidden gem. CINEMA.

The Lost City of Z