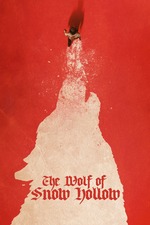 "I got drunk for the first time when I was fifteen years old and I turned to the kid next to me, I guess, and I said this is what normal people must feel like... I'm not good with anger..." Thank you for this monologue. It really hit and spoke to my experience with drugs.

Off the bat, I feel like I'm little bias. I loved Thunder Road so much and I just want to see Jim Cummings succeed so maybe I'm just happy to see another film from him. That being said, I think this is a really good flick. Like Thunder Road (and I'm gonna try not to compare the two too much) this film has a really good balance of tone, which really helps you to engage with what's going on here.

Firstly, its impossible to not address the similarities to Thunder Road, so I'm gonna get that out of the way. Essentially, this film has a very similar structure and framework to Thunder Road. Jim uses the set up of a cop (John and Jim) struggling to balance his life. He has emotional issues surrounding his parents, daughter and ex-wife. While this is admittedly noticeable, this is just a productive framework Jim using to tell his stories. And while I'd wish he dropped the bitch ex-wife trope, the framework expands into a wholly unique thing.

Jim in Thunder Road has a lot of quirks; dyslexia, anger, general confusion, etc.. John feels like a much more one dimensionally focused character, in that, his primary struggle is his anger. Thats not a bad thing, in fact, I'd say, technically this is a better character, despite being way less likable. His alcoholism and anger are just more elegantly integrated than Jim's quirks. I'd still probably prefer Jim, but John's journey has so much more of an arch because of that focus.

Another thing that really helped John's character was his relationship with his father, played by the great Robert Forster. Their relationship and drama was so well developed and real. I think it also helps that Jenna is old enough to really have a character compared to Jim's daughter.

Okay, getting into a few technical things, the cinematography by Natalie Kingston, flows really well and I dig the crisp, high focus look. The lenses used here help give a slick look that sells more of the horror scenes. The editing works in tandem with this by utilizing some pretty good dissolves. It kind of had Adobe Premiere look, but thats okay.

There were some kinda cheap sound effects but they were always mixed to help elliviate the distractingness. The score, while being good and used really well at points, is overbearing at points. I feel like it was quietly playing under dialogue scenes and it was just distracting. But the use of the score in one scene in particular gave me some real nice Magnolia vibes.

Lets finish on the story, so some spoilers. As a horror movie, its not scary. As a horror comedy, Jim fuckin nailed it. Watching the investigation and the structure in the first half, showing the victims, just interested me. It kinda had a Fargo feel. I think that Jim ran into the same problem he did in Thunder Road with the second to third act transition, but this film negates the montage slump with a real snap to attention. Where Thunder Road's third act starts at a low, we don't have time to sloe down here man! Theres a fuckin werewolf and John's gotta kill it! Big spoilers here, but I'm just happy John didn't die. It was feeling kind of plain, but the way it builds to the reveal gave me a nice taste of those melancholic emotions in the last moments.

Jim, you the best. If you see this, thank you for selling the physical copy of Thunder Road's screenplay. Its such a great help and am amazing supplement that a PDF just doesn't give me. This is a great movie and I can't wait for you next film.

Below are my immediate notes, not that anyone cares:

That cross dissolve of the trees with the title card was great. Admittedly, something about digital dissolves doesn't feel right. I know this wasn't edited on Premiere, but I thought I eas noticing the Premiere issue where way too much fades out in yhe last few frames.

Its my boy Jimmy (aka. Dylan from American Vandal)! Great casting Jim, I'm so happu to see such a young promising actor getting some good exposure.

Jim is playing a different enough character, despite being a cop, that it doesn't bother me. While John is certainly less likable, Jim walks that tight rope really well here. He kind of reminds me of Richard Horne from Twin Peaks the Return in his physical performance but comes off way more likable.

Wow really are a lot of fades in this. I think it actually works really well with all the slow zooms.

One thing I really liked about Thunder Road was the use of music. The score was mostly absent which really helped to emphasize the loneliness and somberness. This film is obviously much less serious but I feel like the score was getting overused. Its a nice score but I felt like I was hearing it very quietly under dialogue scenes and that was kind of distracting.

Man, all of these victims are given so much character in so little time. Maybe its authentic performances, maybe its the dialogue.

The use of focus in this film is incredible. Jim clearly has access to some real sexy lenses this time around and hes using them right.

The use of the score at the scene of the second murder gave real Magnolia vibes in the building of tension. John continues to grow more and more overwhelmed and it just worked.

John's anger issues are integrated way better in this than the dyslexia or other quirks that Jim had in Thunder Road.

This is really funny. It's definitely funnier than Thunder Road, but with that film you just laugh through the tears. This film is just funny man.

I dont know why but falling on the oven door and having it shatter with out breaking was a cool effect. So simple.

Relapsing John makes me sad. I feel really bad aboht my drinking. The way its covered and edited works awesome at conveying that downward spiral. Also, im happy John wasn't the Werewolf, it would have abstracted John's alcoholism and distracted from the simplicity of the character.

I havent said anything here about Riki Lindhome but she is probably what keeps this movie going. She really nails the balance of seriousness and funniness because of her seriousness.

In both this and Thunder Road, that second to thurd act transition feels a little rocky. He montages his way into the third act but this film definitely has a lot more of a snap into the thurd act.