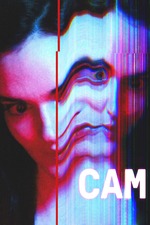 if i ever got locked out of my social media i /would/ lose my shit that much. also fuck anyone who doesn’t take sex work seriously.

also when i checked madeline brewer on letterboxd before watching, i was wondering why her name sounded so familiar but i had 0% of her films marked? then the minute she came onscreen i realized it’s bc i know her from Handmaid’s Tale (and one episode of Black Mirror she wasn’t credited on here for ig). her face is so recognizable and she’s so great in Handmaid’s Tale, it was interesting seeing her in a role like this one.

also ,,,,,, this was originally 2.5 stars for me but then i really began to think abt how if someone took over my internet presence and real life me had to watch her, literally no one would know ,,,,,,, so bc i truly am freaked out ovr this concept, it’s getting that half star back lol.