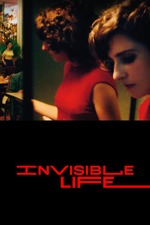 Let's just get the final few scenes clear. Firstly it's presented as a sequence of eventual catharsis after years of lies. It's a happy conclusion to a life of sadness. Well fuck that. A woman spent her life ruined, her dream crushed by two men, and those two bastards went unpunished. Not only that, she had to wait over sixty years to get her "reward". What's more, the narrative seems to think that such a long wait makes the reveal more of an emotional release, instead of an even greater horror. If this was some nihilist statement on how our world allows men the power to ruin women, then it'd be fine. But the audacity to play things off as some kind of well-rounded story is pretty awful. The focus should be on how despairing this story is, not "oh well, a woman got her life ruined, but hey, sixty years later, she learned about how another woman's life was ruined and now that she has answers, we're all good". Nope. I haven't got time for this. Be about the evils of the world, or have a happy ending, don't fuck around by pretending a woman getting answers close to death even partially makes up for her life being manipulated and controlled for decades.