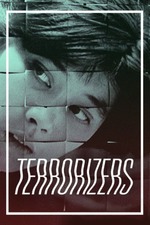 Empty spaces contain the most. It is the absence of something that provides the best outline of it. Edward Yang's camera will move and linger away from people. Individuals in his films don't represent themselves, they represent us all. Yang is a contradiction, because his films are the most thorough examinations of internal struggle, but through that he makes a point about his country, our society, and all mankind.

There are two central pillars of society that Yang explored throughout his career, from That Day, on the Beach to A Brighter Summer Day to Yi Yi. One is the cycle of life, our social repetitions that pass each day by and move person to person. The second is our endless quest for identity, to know who we are. The Terrorizers also tackles both of these.

At its core, The Terrorizers examines how an identity works within a relationship. How do you remain yourself in the confinement of a marriage? There are relationships we all wish we could have had or should have had. The Terrorizers examines the consequences of that train of thought, leading to tragedy. In a way that foreshadows the even greater A Brighter Summer Day, this film too is about a man dependent on a woman, shaped by his relationship. When he loses that, all he has is work. When that goes, the fate of a now anonymous untethered man is pre-determined. And the destiny of those who are lost is generally not that they are found.

Coincidence is tricky to pull off. The Terrorizers presents an interconnected world to wrap around a few characters and their stories. Everything intersects. It is a postmodern piece, with no firm answer as to how it all slots together. There isn't a concrete number of stories, because even with three central narratives, everything juts into each other. Like Yi Yi, this film takes a cross-section of lives and uses them to mean more. We see how one relationship can affect entirely separate people. The film is even self-aware on this point, reflexive even, acknowledging that fictitious marriages can provide a basis to understand our own realities.

As expected from Yang, the final section of The Terrorizers makes you re-think everything. You can see that everything was leading to its conclusion. No other director could so miraculously pinpoint a finale that would sum up everything, all society, and find a way to get what seems like hundreds of disparate moments to feel like they could only have been hurtling towards that ending. Throughout The Terrorizers, the camera focuses on mundane objects. We don't get shots of people, we get shots of cups, cameras, ashtrays, a telephone, chewing gum, sunglasses, newspapers. As the characters go through the same cycles and the same crises of identity, Yang chose to show us nothing but the reality around them. So when, as we approach the end, a gun is photographed in the same manner, we have a new outline that defines a new reality and so ends this cycle.

The Terrorizers is stripped back to contain no exposition. It relies on audience intuition, but is paced slowly. There would be time for the film to explain itself, but it doesn't have to. We can all follow this cycle because we can all acknowledge its existence. Life is full of repetition, as is literally discussed at one point. Not everyone wants to be ground down by the same cycles. This is a film of people escaping society and the cycles they are trapped in. Some escape through death, some re-define their life. Midway through, when the film features a break-up, it becomes clear that The Terrorizers is a masterpiece. It hits hard and leaves an ache in your gut. The guilt of knowing you can't provide or have not provided enough for your partner is powerful. It defines character motivations for the rest of the film. However, what it really reveals is that complacency in a cycle devastates eventually. To lose your comfort of identity as your relationship goes is a tough transition. As The Terrorizers shows in many ways, not everyone can cope with that.