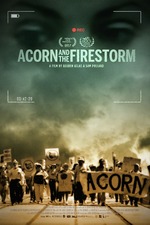 Acorn and the Firestorm

Remember ACORN? Founded in 1970 as a grassroots advocacy group dedicated to supporting low and middle-income Americans in all manner of social issues, the Association of Community Organizations for Reform Now was only dissolved in 2010, but it might as well have been a million years ago. Of course, that acronym hasn’t lost any of its flavor for the millions of people it helped to defend against the likes of predatory lending and unlivable wages, or for any of the right-wing media types who feverishly smeared and entrapped the consortium as part of their efforts to disenfranchise voters and discredit liberal causes.

If all of this feels like ancient history, that’s probably because it went down prior to the Age of Trump, when something like the ACORN scandal might barely crack the evening news. And yet, Reuben Atlas and Sam Pollard’s convincing but unfocused documentary “ACORN and the Firestorm” firmly contextualizes the group’s targeted debasement and eventual downfall as a landmark event of this modern political moment — not the epilogue of the previous era, but rather the prologue of the current one.