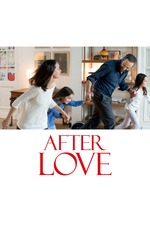 More often than not, especially in the wealthier parts of this world, having a child is an act of hope. For married couples, it’s a very obvious, very expensive way of renewing their vows — a leap of faith. Some people might have a kid as a desperate means of suturing their relationship together, but nobody does it expecting to get divorced. That’s what makes it all the more devastating when they do.

As sharp and savage as any breakup drama this side of “A Separation,” Joachim LaFosse’s “After Love” is the story of two people who are forced to live in the rubble of their 15-year relationship. By the time the film begins, the affection between Marie Barrault (“The Artist” star Bérénice Bejo) and Boris Marker (“Wild Life” director Cédric Kahn) has already curdled into something toxic; whatever wounds they’ve inflicted on each other have already begun to scab over and scar. They keep to separate areas of the sun-dappled house they share with their pre-teen daughters, Jade and Margaux (played by sisters Jade and Margaux Soentjens), both parents doing what little they can to hide their hatred for one another.

In This Corner of the World

The Only Living Boy in New York