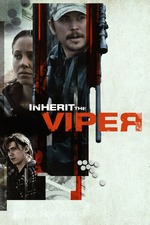 “Inherit the Viper” may be an undercooked and regretfully titled domestic crime drama about life in the grip of America’s opioid epidemic, but Anthony Jerjen’s debut feature can be compelling for how it explores the core ironies of a modern plague. This is a crisis fueled by drugs that were ostensibly designed to help people, and the three siblings at the heart of Jersen’s film — while never afforded the detail required to bleed off the screen — are constantly trying to dig themselves out of the pit their father left for them when he died; after sinking to a certain low, down can seem like the only way up. And after several years of cutting off their nose to spite their face, the surviving members of the Conley family are willing to do whatever it takes to numb the pain, which is something these small-time oxy dealers have in common with the sad rabble of local addicts whose misery funds their hope for the future. Someone’s problem is everyone’s problem.

By the time the movie begins, it’s clear that the Conley kids have already built up a tolerance to the hurt around them. Josie (“The Deuce” star Margarita Levieva) is the most desensitized to the hardship around her, and the most indifferent to her role in making it worse. When one of her customers suffers a fatal overdose in the bathroom of some dingy Ohio bar, Josie just snatches the leftover drugs out from the corpse’s hand and runs off to sell them to somebody else. It’s the rare grace note in a movie that’s often too busy turning the screws to hone in on its underlying human drama.