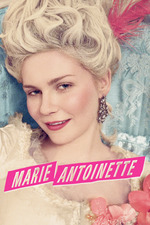 “In the end we had pieces of the puzzle, but no matter how we put them together, gaps remained. Oddly shaped emptiness mapped by what surrounded them, like countries we couldn’t name. What lingered after them was not life, but the most trivial list of mundane facts. A clock ticking on the wall, a room dim at noon, the outrageousness of a human being thinking only of herself.”
— “The Virgin Suicides”

Sofia Coppola didn’t write the searching, wonderstruck narration that ends “The Virgin Suicides,” but it often feels as though her entire body of work has been devoted to clarifying that crucial passage from the Jeffrey Eugenides novel on which she based her directorial debut. Filling its gaps. Deepening its imagery. Solving its missing femininity. From “Lost in Translation” to “The Bling Ring,” her subsequent films make it seem as though she’s returned to those words before starting each script, like a quill being dipped in ink.

“Oddly shaped emptiness mapped by what surrounded them, like countries we couldn’t name.”

Coppola is compelled by the negative space between women and the worlds they inhabit — desperate to escape the feeling that they’re merely disguised as themselves, her characters are defined in contrast to the panopticon-like places in which they’re constantly watched but seldom seen. Coppola was naturally drawn to the Lisbon sisters, those five beautiful girls who inexplicably took their own lives by the time they were 18; she was drawn to how their deaths left the rest of suburbia damp with the unrequited love of a cold case.

“The Virgin Suicides” is a remarkably self-assured first feature, but Coppola’s career was galvanized by what came next, the shift from adaptations to self-generated stories allowing her to change her perspective while retaining her focus. Beginning with “Lost in Translation,” she would make movies that looked from the inside out rather than from the outside in. If “The Virgin Suicides” feels like visiting a zoo, her later films are shot from inside the cage.