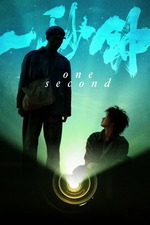 More than two years after the world premiere of Zhang Yimou’s “One Second” was canceled mere days before its scheduled gala screening at the Berlinale on account of a “technical problem” — the insultingly transparent wording of a censorship bureau grown smug about its power — the renowned Chinese filmmaker’s most intimate movie since the days of “Hero” and “House of Flying Daggers” is finally here. Or at least some version of it is, as specifics about whatever snips and reshoots have taken place since 2019 remain as vague as the Chinese government’s reason for interfering with the film in the first place.

Rumor had it certain officials were convinced the movie was a lock to win the festival’s Golden Bear, and panicked at the international attention such a prize might attract to a story that reflects the poverty caused by the Cultural Revolution (albeit with only a small fraction of the searing harshness seen in late-20th-century works like “The Blue Kite” and Zhang’s own “To Live”). It’s a testament to the surviving cut of “One Second” that such an explanation still feels vaguely credible.

While by no means on par with the guttural masterpieces that defined the so-called Fifth Generation of Chinese filmmakers, this heartsick fable about a fugitive’s obsessive search for a particular strip of film harks back to the earthiness that characterized those classics, and to their poignant focus on personal needs in the face of collective survival. And no matter how muddled it gets by the end, “One Second” also boasts something that even Zhang’s best movies haven’t always been afforded: A delicious and deeply layered sense of irony. Here is a story about cinema’s power as both a conduit for emotions and a tool for propaganda. It’s a tale in which communal viewing inspires collective action, but also one that reaffirms the ineffably personal effect that even the most pointed of movies can have on their audience. The simple fact of the matter is that once a strip of film passes through a projector, not even the most autocratic regime on Earth has the ability to control what people see in it.