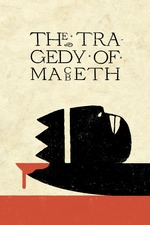 The Scottish Play has been adapted into more than 25 different movies since J. Stuart Blackton first gave it a whirl in 1908, and yet Joel Coen’s “The Tragedy of Macbeth” is such a strange hybrid between cinema and theater that it seems to exist in a realm all its own. Shot in atemporal black-and-white on a Los Angeles soundstage made to resemble the half-empty guts of a leaky snow-globe, this dark lucid dream of a film might be the latest example of a grand tradition, but its hermetically sealed design makes it sound more like an echo chamber. There are mad whispers bleeding through the concrete walls — dark thoughts that curve around the fake night sky — but the voices seem to be coming from inside the castle.

Which isn’t to suggest that the quizzical calm of Denzel Washington’s lead performance doesn’t make for an arresting contrast against the foam-mouthed ferality that Toshirō Mifune brought to the role in “Throne of Blood,” or that Bruno Delbonnel’s grayscale cinematography doesn’t feel like a deliberate 180 from the saturated grit of Justin Kurzel’s “Macbeth” and the fetid barbarism of the Playboy-funded Roman Polanski movie that substitute teachers once showed in public high schools (it was a different time).

Nor is to say that Coen’s film is some kind of sui generis work that has emerged from his head untouched by a century of other cinematic influences. On the contrary, this ultra-heightened adaptation couldn’t be more boastful about its lineage if it were the rightful heir to the Scottish crown: Its warped architecture screams Caligari, its godless close-ups echo the cries and whispers of Ingmar Bergman, and its shadowy take on the ambitions shared between Macbeth and his Lady (Frances McDormand) points back to the glory days of film noir with the same eagerness as Coen’s own “The Man Who Wasn’t There.”

And so our attention falls upon the man who wasn’t. Here, in the first movie he’s ever made without his brother Ethan — ironically taking a break from his film career in order to focus on the theater — it often feels as if Joel Coen is talking only to himself. For all of the film’s striking minimalism and the sour bouquet of sensational performances that fill its empty spaces with life, the most powerful thing this adaptation does to revitalize its 400-year-old text is position Shakespeare as a prime influence on the Coen brothers, and “Macbeth” in particular as a lyrical prototype for the fatalism they’ve brought into the modern world. After all, what Coen movie couldn’t be summed up by the Thane’s lament that “Life… is a tale told, Told by an idiot, full of sound and fury, Signifying nothing?”

In that light, it’s easy to appreciate how “The Tragedy of Macbeth” feels every bit as of its time as the likes of “Inside Llewyn Davis” or “A Serious Man” — which is to say very, but also not at all. It’s a fittingly self-conflicted vibe for something that combines the sparseness of a late career work with the back-to-basics energy of a veteran filmmaker starting a new chapter of their career, and returning to the primordial ooze that inspired it in the first place. Set in a world undressed, and slightly paring down Shakespeare’s plot while maintaining a broad fidelity to his language, this is a movie by and about people in their mid-60s who find their lives stripped down to their barest elements, and do what they can to grab hold of what’s left.