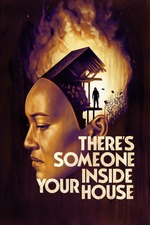 A socially conscious “Scream” riff about a killer who takes cancel culture into their own hands (with the help of a taser gun and a very large knife), Patrick Brice’s “There’s Someone Inside Your House” strives to modernize slasher movies for the social media age by suggesting kids today are more afraid of being found out than of being filleted alive. Sure, the stab-happy serial murderer stalking this film’s extremely diverse cast of rural American high schoolers is willing to slit some throats at the end of the night, but it’s their bloodlust for accountability that gets them out of bed in the morning. Likewise, the killer’s teenage prey aren’t terrified by the threat of a maniac in their midst so much as by the idea that someone might know what they deleted last summer. It’s a subtle distinction — far too subtle for an un-scary movie that never evolves beyond “what if Wes Craven, but super woke?” — but there’s a slightly different edge to a slasher in which becoming the victim of one crime means owning up to another.

Adapted for Netflix from Stephanie Perkins’ YA novel of the same name, “There’s Someone Inside Your House” naturally opens with a kill that makes good on its title and conveys the gist of the self-aware story to come. Instead of Drew Barrymore, the victim is the star quarterback of the high school football team, and instead of being terrorized by phone calls about his favorite scary movies, he wakes up from a nap in his family’s middle-of-nowhere Nebraska farmhouse to discover that the place has been wallpapered with photographic evidence of that time he violently hazed a gay teammate.

We get the sense that an Instagram apology isn’t going to get him out of this one, though. In the funniest bit of a film that loses some of its extremely online wit as it goes along, he tries to bargain his way out of death with a different app, telling the killer “If you want money, I can Venmo you right now!” moments before he “takes a knee in the game of life.” His attacker seems unmoved by that appeal, though it’s hard to say for sure because their identity is disguised underneath a 3D-printed mask of the football star’s face. Everyone who dies in “There’s Someone Inside Your House” effectively murders themselves, cut down and sliced up by the consequences of whatever secrets they were trying to hide.