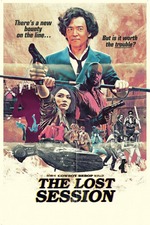 So, this is less a review of the short based on the Netflix Cowboy Bebop and more so for the first season; but if you really want to know my thoughts on The Lost Session it more or less aligns with my thoughts on the entire series it is derived from.

At first my plan for this review was to breakdown the pros and cons of each episode, give some information as to how it relates to the original series, and wrap it up with a rating which would be included in the total average for the series. I gave up on this after about 3 episodes in when I realized all of my complaints and compliments can be directed to pretty much every aspect of this remake. I also realized pretty much every episode was getting the same rating after they had simmered in my mind for a bit. So instead I’m just going to bring up some general topics that are pretty important to why the Live Action Cowboy Bebop series is vastly inferior and insulting to the Original series. My apologies for my frantic and sometimes incoherent writing my brain is still scrambled from having to sit through this.

The Soundtrack
Music is an integral aspect of Cowboy Bebop. It does not take a genius to know this. Yoko Kanno, the composer for the original 1998 series and supposedly (?) the same for the Netflix series created what is probably one of the most beautiful and striking television soundtracks to ever be aired. Tracks like Tank!, Memory, and Space Lion all stand out as being invigorating, somber, and spiritual respectively and were designed around specific scenes in mind. Memory for example is a track meant for Spike’s flashback sequences, complimenting the tone of those scenes perfectly. Cowboy Bebop (2021) in nearly every chance it can find, fails to properly implement these tracks to anything that is happening in the show. Even during the opening credits where Tank! Was specifically designed to get the audiences excited for the episode that is about to ensue, is constantly being altered and moved around and it completely through off the momentum. Tracks like Memory are removed all together, even for sequences that are trying their best to replicate shot for shot scenes from the original series (like Spike’s flashbacks) and are instead replaced with new tracks that sound like remixes or first drafts of what they are replacing. None of the tracks are complimentary to their scenes due to poor implementation or just poor scenes in general. They are often in the backdrop rather than being the forefront of what’s being delivered and that is simply not how those songs were meant to be.

Mixing and Mashing
The Netflix series cannot decide whether it wants to be an entirely original story or a replica of the original. Near the ending of the first season it finally finds some footing as to what it wants to be and yet it is still entirely unsure if that’s where it wants to go. For most of the season the show is busy trying to tear out concepts of episodes that are engaging and ham-fist new concepts that don’t fit with the original script. A prime example of this Frankenstein’s monster way of story telling can be seen in the very first episode, “Cowboy Gospel”, which is heavily derived from the first episode of the 1998 series titled “Asteroid Blues.” For the most part the episode is a shot for shot remake of the original, down to costume design, setting, and series of events… that is until Faye shows up out of thin air for no other reason than to have her on early and mess things up. This slight inconsequential change echoes through the rest of the episode, completely throwing off character motivations and actions that were meant for a script that did not involve Faye. A lot of episodes that are derivative of the original series suffer these same consequences. The strangest part is that what the writers remove end up being what makes those episodes so engaging. The engaging aspect of the Teddy Bomber episode “Cowboy Funk” IS NOT THE TEDDY BOMBER. Cowboy Andy is what makes the episode so fun and without him the teddy bomber feels incredibly out of place and jarring. As the show goes on it starts to lose this immaturity but what it is replacing those engaging concepts with are terrible to say bluntly. Not going to delve much further into this as I want to avoid major spoilers (people should suffer themselves to see where this train wreck is heading) but it is without a doubt one of the worse conclusions I’ve seen to a television series.

Character Murder
Pretty much every character that was originally from the 1998 series, small and large, dies horrifically in this. Not literally for the most part but figuratively speaking these are not Cowboy Bebop characters; nor is the universe they belong to. Initially I was excited to see characters that belong to a handful of episodes in the original series get more screen time since I thought they were deserving of so. Vicious, Julia, Anastasia, and Gren are all characters I had in mind and were excited to see more of. And while they do in fact get more time it actually worsens their characterizations. Gren and Anastasia have more screen time but less to say, as they are often either delivering information or simply doing nothing but wasting screen time. Gren especially has literally nothing going on, and with their history with Vicious seemingly out the window I do not see a future where they are nearly as impactful as character. Vicious and Julia are undoubtedly handled the worst. With a change in plot direction and an over exposure on their past with Spike they are not even shells of their predecessors, rather ski walkers with completely new motivations and characteristics that do not match the plot they were meant for. They are wishy washy with their goals and end up being plain embarrassing to watch. As for the main casts which as of now consists of Spike, Faye, and Jet (Ein is barely even in the show), it is a mixed bag. Spike for the most part is unchanged, same backstory and motivations, but the way in which he is portrayed makes him feel detached from his past in a way that negatively impacts the gravity of his dark history (even more so in an episode entirely dedicated to showing it). Changes like Faye’s sexuality and Jet having a daughter are actually things I approve of. Even though as concepts they are fitting for those characters, the way in which they are presented are less than flattering. Without going into much detail Faye’s hyper-fixation on sex and Jet being the punch line for dumb jokes feels mishandled and inappropriate. It is really frustrating since on paper these could be compelling topics and yet they are handled with the least amount of delicacy.

There is so much more that drags down the experience of this show. I could go into detail about how ugly the color grading is or how nauseating a lot of the action is but I have already wasted too much time on this pile of shit. Can not wait for season 2 featuring an embarrassing caricature of Ed!