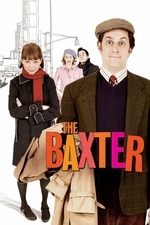 have been wanting to watch this forever (literally watched it off an old youtube rip I had saved on my desktop years ago) but finally did once I read that Bill Pullman's character in Sleepless in Seattle was the inspiration for this movie. Very fun and simple romantic comedy that goes exactly how you'd expect a romantic comedy from The State to go. Patrick Willems said it best in his review that this feels like a dry run for They Came Together, and I couldn't help but wish this movie had been made much later, if only to feel like it had the resources and power to fully clown around that The State had during They Came Together (I know this is a Showalter movie and TCT is Wain but they are definitely collaborative and worth qualifying as "group" pictures.)

anyway, it's a nice movie and worth watching if you like any of the people involved (how could you not!) and can somehow find it somewhere. they should really make this movie more accessible, it is literally not streaming or available for rent anywhere. you gotta buy the goddamn "D. V. D." if you wanna watch it, like a fucking caveman. why don't i just die from 'consumption' while i'm at it