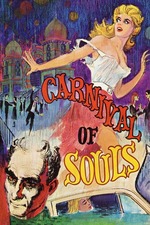 Couldn’t stop thinking about this film. Love it even more the second time around. Been reading Thomas Ligotti’s Songs of a Dead Dreamer & Grimscribe and this feels like a perfect companion piece to that collection. The threat of separate realities (the mind, the physical and the metaphysical) intruding upon each other, with the ultimate question of which one is taking full precedent. I loved David Cairns’ video essay on this, Regards from Nowhere, because it opens up what initially appeared to be conclusive by the end. The idea that spirits are waging war for her soul really captured me this second time around. Although I did notice the conflict between conservatism and modernism in regards to spirituality and possibly communal ideals, I didn’t notice the first time how the priest pleads for her to take a place in the church after rudely firing her. Or how the doctor and the hotel keeper speak when they’re out of her ear shot.

It really just makes the slips bellow “reality”, and the priest being invited to the scene of her death that much more haunting in an existential way. Also a huge fan of this films sound design and it’s pace, which always seems to either stutter right behind that of a conventional horror film or cut across space in a jarring and urgent way. That piano dream sequence also blurs everything so wonderfully by observing even the observable (the chandelier) from an impossible place. Yeah. Ranting. Fucking great movie. Lot of notes in the notebook.