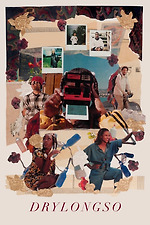 Not a spoiler-heavy review, but you may want to check out the film here first. It’s worth it!

Ahhh yet another Black independent film debut! This one comes from multimedia artist and filmmaker Cauleen Smith (check out some of her incredible studio installations here).

The first thing that strikes me about this film is its penchant for love. Not solely romantic love—although it is present in all of its tenderness and playfulness—but ultimately, the love and healing power of creativity, friendship, teachers and family members alike. The film leaves us with these things as a balm for the horrific places it takes us to along the way. In essence, exploring our ability to escape into each other when all other avenues of escape have been exhausted.

Toby Smith’s performance as Pica was also a bright spot for me. I felt in her character an ease of freedom only found in the full-spectrum of emotions that Black women are typically denied on film. Her anger, happiness, love and grief are emotions untempered by some reductive idea of which one she should ultimately represent. They are, rather, fully felt emotions in and of themselves, played with heart and lived experience. Likewise, April Barnett’s performance as Tobi is neither weak-willed nor fantastically noble in her rebuttal to the dangers of being vulnerable. She’s merely finding the best way to survive the clear and present danger around her, and does so in ways that are imaginative, to say the very least.

Now, it is a debut, so there are some instances towards the end where the narrative feels like it’s stretching over a few of the same emotional beats. One personal problem that Tobi laments on feels like excess in regards to the story’s momentum, and there’s a major plot point that tip-toes over the shark ever so slightly. The film also tends to be a bit too didactic at points, but in the scope of socially conscious 90’s films, that’s part of the charm. To its credit that didacticism actually factors into the story rather than flying into it, if you know what I mean.

Cauleen Smith’s fresh direction finds some interesting body compositions and uses of sound.  They can be found in an intimate but non-sexual love scene early on, and a strong feeling of disorientation during a conversation between Pica and her photography teacher. There’s also an eye for naturally colorful spaces that ties the film’s images and soul together wonderfully for me. I’m going to go pour over some of her more recent installations, but here’s hoping that Cauleen Smith is able to make another feature soon!