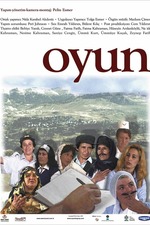 Criminally underseen. As a piece to set the tone in terms of intent, I think this would make a great first film for a film class. As dark as the conversation and stories concerning gender got, it was ultimately getting the opportunity to watch these women laugh with each other, understand each other, and express themselves that made this such a great watch. As they break new ground we feel the trepidations behind every word, the qualifiers before sentences, and the faith in an objective that gradually causes those fears to fall away. It’s refreshing to watch a group of people openly challenge their own ideas while trying to define liberation for themselves—free from the trappings of ready-made academic frameworks, postures and vernacular. It’s a love letter to the reaffirming power of communal experience, the process of theater, and—as the smile it leaves you with will indicate—the power of film to capture and disseminate those reaffirmations across borders.

Lastly:
• Turkish music slaps.
• Google Ümmiye Koçak.
• Check our the list feature on MUBI (which I’ve foolishly never used before today). I found this film on this one.