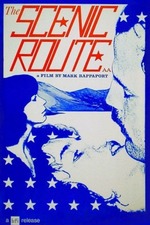 “I remember the silences the most. I think I’m ready for a meaningful affair.”

You can find this movie here.

Thanks to Ray Carney for putting me on to Michael Rappaport (in spite of the beef they may have). One of the most interesting films I’ve seen in a while. It expresses the tiniest feelings and observations—one’s that get lost in the shuffle, yet affect us deeply when remembered—and commits to expressing them through mediums and gestures that would only be thought of as one-offs in other films. Multi-perspective narration and settings that act as characters themselves among them. But really I admire it for its great humor, great poetry, great set-designs, and great dancing. Oh, and great music—especially the usage of Old Acquaintance during that movie theater scene. If I’m entirely evaluative it’s because I wanted to resist analyzing this in favor of diving into it while watching it. Good choice, as a film this dynamic turns the former approach into a frustrating and sort of unfulfilling exercise.