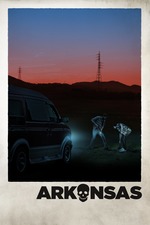 "Relying on other people is the fastest way to end up dead."

If this had been released in the 90s, I might have pigeonholed it with quirky criminal tales 'Things To Do In Denver When You're Dead' and 'Two Days In The Valley'. As it is, the movie feels about two decades too late. Clark Duke both directs and stars alongside Liam Hemsworth in this deeply unsatisfying effort about two drug dealers and their misadventures. Hemsworth continues to struggle in his brother's shadow, and Duke should stick to more straightforward 'comedic' fare such as 'Hot Tub Time Machine'...
After seeing John Malkovich in the woeful 'Ava' yesterday, I was more than a little disappointed to see him wasted in yet another forgettable supporting role. Vince Vaughn gets more screen time as the mysterious 'Frog', but it's very misjudged performance. He just doesn't exude enough charisma or menace.
I've no problem with a slow burner, provided the destination is worth the wait, but this wasn't at all. It meandered all over the place with ill fitting flashbacks and a narrative that doesn't have a clue what it wants to say. And the less said about the monstrous eyeball searing lighting the better.
To summarise, a story not worth telling, with characters I couldn't give a damn about. Says it all really.