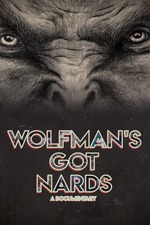 My disinterest in this isn't really in the film itself, or the actual Monster Squad itself. It's more in that we have so many of these kinds of docs that I just don't need anymore. It's all the same content and flow, just different films. Movie bombed, was watched by kids, comes to be a cult hit with no one knowing it, every film hipster knows it now, etc. It's the basic story of the VHS era for every film of the time, really. These always have the same arc, to where you can predict the theme of the next segment. And most of the interviews are with people who had nothing to do with the creation of the film, just people who like to say how much they love it and speak almost entirely in hyperbole. It's all the same people, too. Of course you get Adam Green and all the members of the L.A. horror podcasting scene that pop up in enough these to be able to put "Documentary Interviewee" as a whole profession on their resumes by itself, including one who made one of these kinds of docs himself (and has gotten #MeTooed out of the scene since this was probably filmed...). None of it's bad, really. It's polished, it moves, it's shot well, everything hits what it's supposed to. But I'm tired of them. I don't need people telling me a movie's great for ninety minutes when I can just watch it my fucking self. There's this weird fan sub-culture where it's all about showing the world how much of a fan you are rather than just being content with being one at all that these things cater to, and I just don't care how many tattoos of a movie you have, I'm sorry. And besides. no movie will ever have as insane of a backstory as Best Worst Movie, so anything else is just trying to play catch-up.