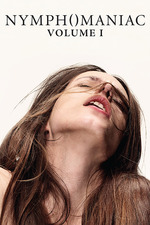 Lars Von Trier is a conflicting filmmaker, and Nymphomaniac - Volume 1 is kind of a perfect example of why. When it comes to the typical perspective on him, you can always find the two core camps - the thought that he pushes the envelope of artistic cinema with his unrestrained and provocative content, and the thought that a graphic film isn’t good just because it has an artistic nature about it. The truth lies somewhere in the middle. Von Trier has shown before that he can make absolutely brilliant and profound films with mature and graphic content, but he’s also shown that he can make sloppy and baseless garbage that shocks just for the sake of shocking (yes, Antichrist sucks, get over it). The difference usually comes to just how much he’s running rampant instead of making a concentrated effort, a kind of avante-guarde version of Michael Bay.

With the first half of Nymphomaniac, the final film of his “Depression Trilogy”, Von Trier manages to end up replicating the reality of his filmmaking quality and more or less strikes around the middle with this film’s. Despite some unkind reviews about it, Nymphomaniac - Volume 1 manages to have some really interesting cinematography, solid character performances all around, and fascinating dialogue towards the ponderings of one’s sexual biography in comparison to all sorts of seemingly unrelated (yet deeply emblematic) topics.

Unfortunately, where the film falters (and falters significantly) is in its overall narrative. I wouldn’t agree with what some of have said about this not needing to be two hours - I actually watched the two-and-a-half uncut version and have no problems with its pacing, the length of its content, or the way it unfolds. Instead, I think the problem with Nymphomaniac - Volume 1 is with the actual weight of the narrative rather than the length or pace. For all the intriguing metaphors and the simultaneously erratic and introspective character progression that Joe goes through, the film revives the problem Von Trier had with Antichrist in that there’s astonishingly little actual substance behind what it thinks it’s proposing. I found myself constantly interested in what the characters (and by extension Von Trier) were saying in their analogies with fly fishing as sexual proposition, or mathematical musical composition as the structure behind how we feel fulfilled by different lovers. But beyond finding the comparisons compelling, there’s nothing left to think about. Joe and Seligman are relatively empty canvasses, blank spaces for experiences or thoughts to project from, and we hardly get any real development for Joe (and virtually none for Seligman). The only two scenes where we get any real idea of who Joe is or how she feels are a fantastic showcase for Uma Thurman’s character (in which Thurman absolutely steals the show) and the scene in which she experiences her father’s finality. Despite having much to offer intellectually, Nymphomaniac - Volume 1 is less a film with any weight or heft, and more a cinematic equivalent to listening to two folks wax philosophical with wild results but never really reach anything of substantial realization.

It’s certainly not the worst thing Lars Von Trier has made, far from the value-less controversy-pusher people make it out to be. But, it’s also a pretty far cry from the sheer capabilities he has as an artist. I like it, but I also can’t deny I was disappointed.