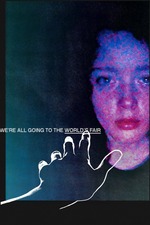 any number of beautifully and carefully realized gestures here, from the permeating somnambulism of (specifically, dysphoric) dissociation being evoked by the depopulated world, in which vast houses and spaces seem almost always to be unpeopled except when they take on the form of an indistinguishable crowd or the barest of singular presences, to the finely-grained study of the ways we make ourselves legible to others on the internet, the perspective honed down wisely by the lens of representational languages (both cinematic and verbal) as social games, mmorpgs of self-construction. we find our attentions drawn, by deliberate choice or by autoplay, to the specificities of others' representations insofar as they seem to embody the rules in a way we do not, and thus by their successful performance in the game it ceases to appear as a game, while we are merely stuck in the paradoxical activity of trying to lose ourselves in the performance, and hurt by reminders of how our performance fails to be, or appear, truly natural. this is sophisticated, true to experience, and based on careful observation of lives lived "through the computer, inside the screen".
so too, is the negotiation of the push-pull of intimate encounters with anonymous strangers online, the trepidation and the need to be seen, on one hand, and the comfortable position of anonymity, from which a "lonely person, a person who seeks comfort in what they can't have," can projectively identify with and and cling to the alternately shrinking and desperately lonely other. the unpleasant reality that a mythology of intimacy will be constructed by strangers even after/if one disappears completely is the real horror of the movie, the fact that the authorship of our selves is sacrificed to the language-games we play online.
it's all quite fine, intelligent and sensitive, handsomely shot and the lead performance is strong as hell. but i think this falls prey to a certain lack of vitality, except in moments: for example, the dance scene (apparently set to music produced by the guy who produced My Teenage Dream Ended) is genuine, individual, and authentic, a moment of termitic revelation in a film that otherwise shares a tendency with some other recent indies to soporific, droning meaning-making that fills the runtime with notes held too long, until meaning and atmosphere has been wrung from them to the point of overfullness (not unlike alex g's distractingly vapid score)*. like i said, not all the film is like this, but enough of these gestures accumulate that i found large stretches of the film sort of numbing despite its relative brevity and stringent closeness of observation. will need to think more on how i really feel but i came out more positive than not despite that right now?

*contrast a film to which i've seen this compared, The World is Full of Secrets, which, like the other films im referencing, plays with *extremely* extended durations for single scenes, shots but maintains ones rapt attention because of how it seems to already encompass boredom and negative space within the conceits of oral storytelling, making you complicit in its onscreen social fabrication rather than aestheticizing it at a remove