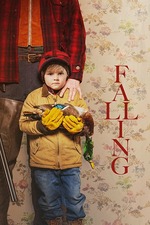 Falling, written and directed Viggo Mortenson, is an empty, hallow mess of a film that never manages to connect with it’s audience even though it tries so incredibly hard.  The two hour runtime is made up of six, twenty minute scenes where you’re just watching one of the most unsympathetic characters in film history bully his son for being gay while simultaneously calling his mother a whore.

Along with this, the script is so poorly written that I was never able to connect with any of the characters as none of them have an arc. Every single character ends the film in the exact same place they were at the start. Twenty-four hours later and I still can’t tell you what the beginning, middle, or end was.  If Viggo Mortenson wasn’t trying so hard to get nominated for an Oscar, he might have been able to make a better movie.