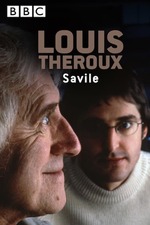 jesus fucking christ. i watched the first documentary before this and was just as sold as Louis. a weird man, truly, and enigmatic in an uncomfortable way, but I could barely see anything that could truly hint at anything real. Most heartbreaking scene in this film was when one of the victims said "yeah, you really believed that he just spent the night sleeping in his camper, fully clothed, instead of in a hotel room, and that he wouldn't leave as soon as the cameras were off him." All the pieces fall together, and the original documentary seems even more sinister: Jimmy Saville funds a hospital so he can have free access to disabled vulnerable girls. Then, in the documentary, he breaks his ankle (probably on purpose) has to go to that hospital, and gets to show off his playground in plain sight (and even calls a journalist to do a story on him, so everyone knows that he's there.) (And then at night, presumably, goes after another victim.) Literally displaying his evil acts but framing them in a way where he is vulnerable and lovable. Heartbreaking to see the stories of the victims who felt his actions were to be expected, and heartbreaking to see Louis take so much of this as his own fault. I'm so glad jimmy savile is rotting in an unmarked grave.

Louis Theroux: Louis and the Brothel