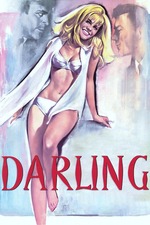 I loved this movie way more than I thought I would honestly, I kind of want to watch it again. The movie centres entirely around Diana  who is this cheerful and beautiful woman who bounces from man to man. She’s shallow and quick to act on her desires. You get the sense that she doesn’t understand the value of commitment and promises, the word “forever” scares her. And yet you could see that she’s clearly suffering from existentialism. You could see that she yearns for family, religion, something that is of genuine value unlike the materialism and status she is given so easily. However she always falls back on short term pleasure opportunities. Throughout the movie there is a sort of eerie feeling even in the opening credits of her face being painted over a world hunger relief campaign. Her face being painted over starving black children points towards an unnerving class dynamic that is always so slightly in the background of the movie. I think about the irony of the scene where they are having a charity event where the rich applauded themselves for buying jewellery and other prizes for the sake of charity or rather to posture themselves as morally superior. In the same party, black children are mere servants for the white guests, one attendee even remarks that he would like to buy one of them. The takeaway from this movie I felt was that although Diana climbed through the top of social hierarchy her unhappiness never wavered and it’s a particular sad reality when discussing the social dynamic of her class which benefits so much from the oppression of those she’s oblivious about. I think Diana is an interesting character and one I relate to a lot actually even though I get the feeling we’re supposed to “hate” her. Also I love the quirky filmmaking techniques used in this film, it’s what I love so much about 60s movies.