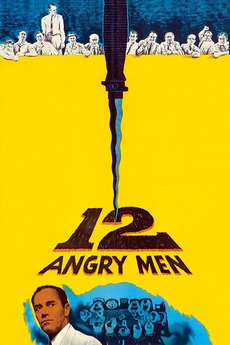 Life is in their hands. Death is on their minds.

The defense and the prosecution have rested and the jury is filing into the jury room to decide if a young Spanish-American is guilty or innocent of murdering his father. What begins as an open and shut case soon becomes a mini-drama of each of the jurors' prejudices and preconceptions about the trial, the accused, and each other.

dialogue driven films characterized by long conversations between two characters sharing a moment together. bonus points if they're accompanied by…

All the films from all the editions, including those subsequently removed, presently totalling 1222. An easy way of seeing how…

The 500 Greatest Movies of All Time, according to statistics

EDIT: Thanks everyone for the great feedback so far. I am currently working towards my ultimate goal of a 1001…

what your favroite movie says about you

I said what I said