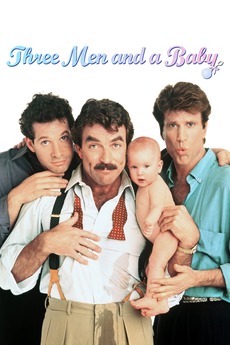 3 Men and a Baby
JustWatch

They changed her diapers. She changed their lives.

Three bachelors find themselves forced to take care of a baby left by one of the guy's girlfriends.