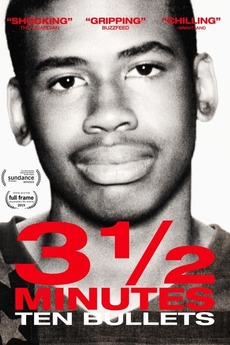 Black Friday, the day after Thanksgiving November 2012, four boys in a red SUV pull into a gas station after spending time at the mall buying sneakers and talking to girls. With music blaring, one boy exits the car and enters the store, a quick stop for a soda and a pack of gum. A man and a woman pull up next to the boys in the station, making a stop for a bottle of wine. The woman enters the store and an argument breaks out when the driver of the second car asks the boys to turn the music down. 3½ minutes and ten bullets later, one of the boys is dead. 3½ MINUTES dissects the aftermath of this fatal encounter.

Some may call it an obsession.

Will be updated soon!

Rest in power, Chadwick Boseman (42, Black Panther, Get on Up). Wakanda forever.